History of the Shul

The United Synagogue was established by Act of Parliament in 1870 in the German and Polish traditions.

Whilst there had been Jewish families in the Cockfosters and Southgate areas for some time, it was not until March 1948 that a breakaway group from Palmers Green formed a new shul, initially known as ‘Southgate and Cockfosters Hebrew Congregation’.  The shul is therefore two months older than the State of Israel.

Since Palmers Green and Southgate Synagogue claimed the name Southgate as its own, the new shul decided upon the name Cockfosters and N Southgate Synagogue, as a compromise thought to have been suggested by Judge Ewen Montagu, who served as President of the United Synagogue from 1954 to 1962.  The ‘N’ does not, in fact, stand for anything.

The current Old Farm Avenue site was acquired in 1949 and designed as an adaptable, multi-purpose ‘shed’.  As post-war building rules were relaxed, development took place in earnest in the 1950s, and the foundation stone was laid in 1954.

Following Rabbi Lubofsky, in 1958, Rabbi Cymberg was appointed Rabbi of CNSS.  By that time, its membership had grown to nearly 700, outgrowing the buildings as they then were.

In 1965, a new communal hall and classroom block were opened by the Mayor of Southgate, Cllr Harry Farbey and was consecrated by Chief Rabbi Brodie.  It was named after one of the Shul’s founding members, Maurice Tillkoff. 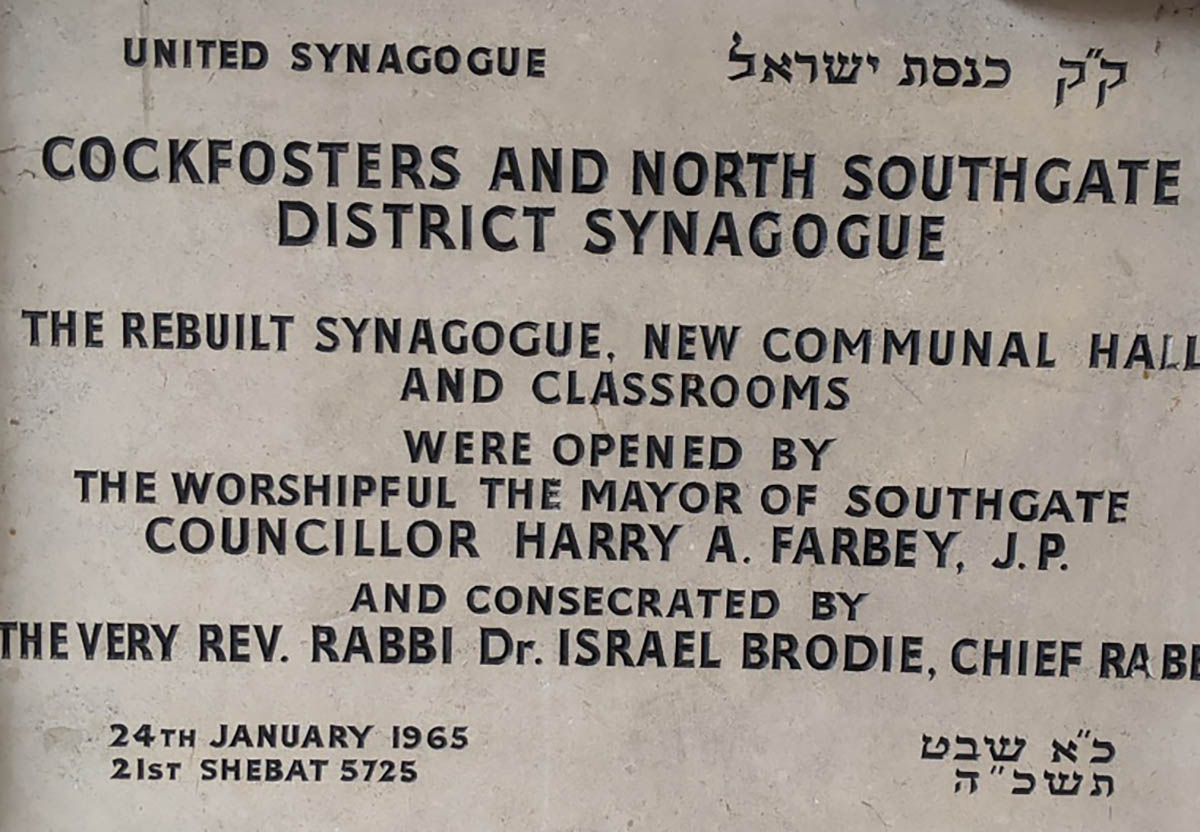 By the 1970s, CNSS’s cheder had over 400 children and was one of the largest in the United Synagogue.  By 1989, it had become part of the largest Cheder group in London.

After 28 years, Rabbi Cymberg retired, to be succeeded by Rabbi Yisroel Fine, who (along with Rebbetzen Judy) served our community for a similar period.

Satellite communities were established in Freston Gardens, Cockfosters, and in Hadley Wood, the latter ‘breaking away’ to become an independent US member in 2013.

In 1992, Wolfson Hillel Primary School opened its doors in nearby Chase Road as a United Synagogue school.  Its Honorary Principal was and remains Rabbi Fine.

In 1998, the Beit Hamidrash was refurbished and dedicated to the memory of Rabbi Cymberg.

In 2004, the shul’s long-established commitment to adult education first took the form of a structured programme known as Cockfosters Learning Centre (CLC), which continues to attract a substantial following from across the community.

In 2010, the beautiful stained glass windows from Swansea Synagogue were dedicated and, the following year, the Southgate Mikveh was opened. 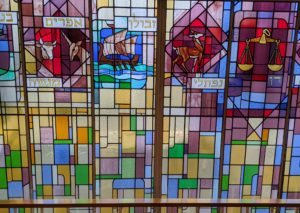 Since then, there have been some wonderful developments which are too numerous to list, but include:

In 2018/19, CNSS celebrated its seventieth anniversary.  Highlights of the celebrations included a beautiful thanksgiving service and lunch, attended by Chief Rabbi Mirvis and around 300 guests.

2018 also saw the opening of the Hub as a space for relaxation, activities and events, and the appointment of a dedicated Hub events co-ordinator.

Following the difficult period of the coronovirus pandemic, which caused CNSS to close its doors completely for some of 2020, and then imposed restrictions on gatherings for some time, CNSS has reemerged and continues to put on engaging services and exciting programmes.  A new Rabbinic couple, Rabbi Meir and Rebbetzen Rina Shindler began their tenure around Chanukah 5782 (2021).  Around the same time, a fund raising campaign raised over £150,000 to instal a Shabbat-compliant lift and to renovate the hall.